Bussen Quarries was started in 1882 when Johann Gerhard Bussen purchased a 10 acre parcel of land along the Mississippi River just south of the Quarantine Grounds and began mining limestone from the hillside. Mining started out slow as the drilling was done by hand and the rock was hand sorted and moved by mule cart. Crushing was originally done by hammer mill crushers that were powered by steam wagons. In 1929 the first stationary crushing/screening plant was built and greatly increased production. This plant also had spurs from the Missouri Pacific Rail Road under the bins for easy car loading which in turn increased product distribution. The normal production out put being around 100 tons per hour

Although modifications and updates were done to the original plant over the years, by the early 60's the need for faster production brought about plans for a new crushing plant. A Missouri- Rogers 56-60 rotary impact crusher was to be the new primary with an average 500-800 tons per hour. In the summer of 2014 we brought our new primary crusher on line. This is a Hazmag 1822 rotary impact crusher with a much larger capacity output and can now feed both of our finishing plants with one primary, greatly streamlining our production.

Over the years surrounding properties were purchased and added to the original 10 acres totaling the Jefferson Barracks(JB) site to now over 600 acres. The JB quarry has high quality reserves that are approved for all State Hwy projects.  In addition, an asphalt plant and a concrete plant are located on site.

In 1957 we expanded to open Antire Quarry in Eureka to meet the demands for stone in west St. Louis County and Jefferson County. Crushing originally began with small portable plants and eventually a stationary plant was added to meet consumer demands for stone. Once again modifications and updates helped with increased procuction over the years but by 2005 the plans for a new plant were in the works. Today, Antire‘s new state of the art crushing plant is on line to supply our customers needs. Antire has high quality reserves that are approved for all State Hwy projects.  An asphalt plant and a concrete plant are also on site.

In 1967 we purchased Trautman Quarry from brothers Ralph and Brud Trautman. Located at Interstate 55 and Hwy Z in Pevely, this addition helped to supply the crushed stone demands in South Eastern Jefferson County. The current property encompasses 1500 acres with abundant high quality reserves that are approved for all State Hwy projects. Trautman also has unique layers of Botticino marble that has been used for specialty precast concrete products and terazzo flooring.  A concrete plant is located on site.

2013 saw another company expansion as we purchased House Springs Quarry.  This 1000 acres site located at 5200 Hillsboro House Springs Road in House Springs MO  has high quality limestone reserves that are approved for all State Hwy projects.  We are currently in the engineering phase to upgrade the crushing plant for speed and efficiency.  This property has an asphalt plant on site. 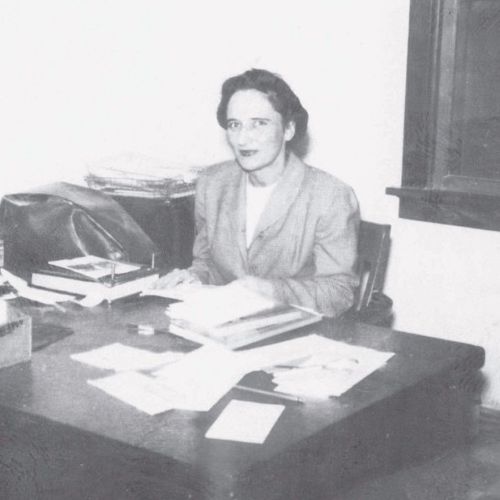 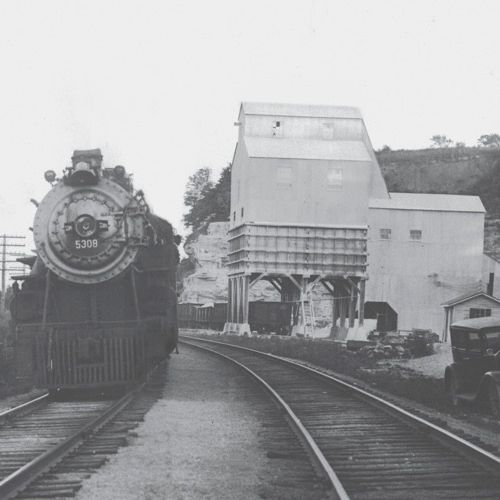 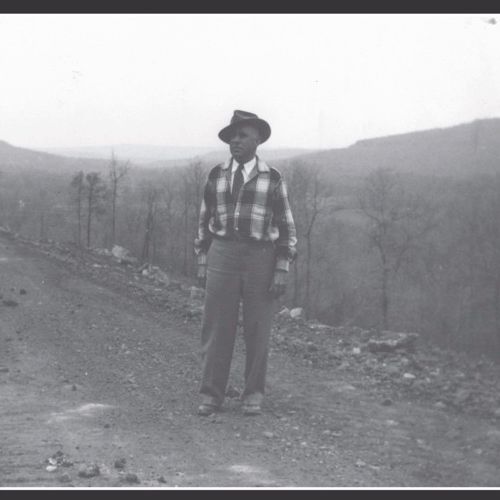 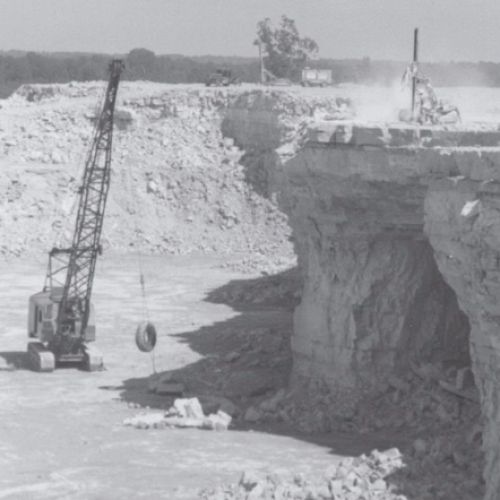 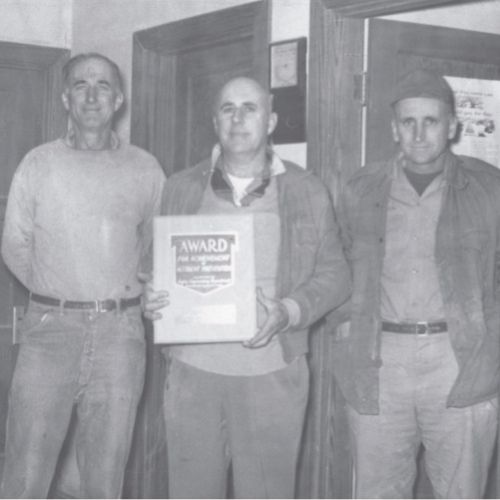 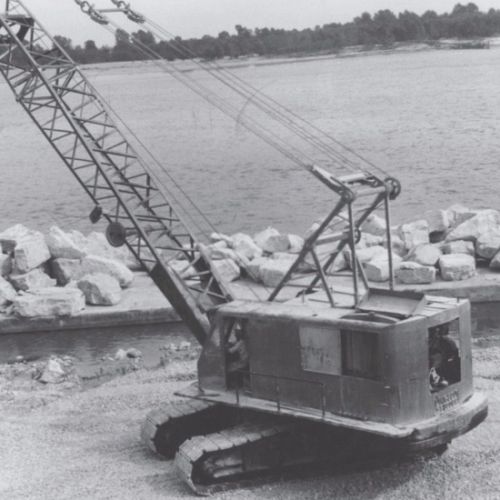 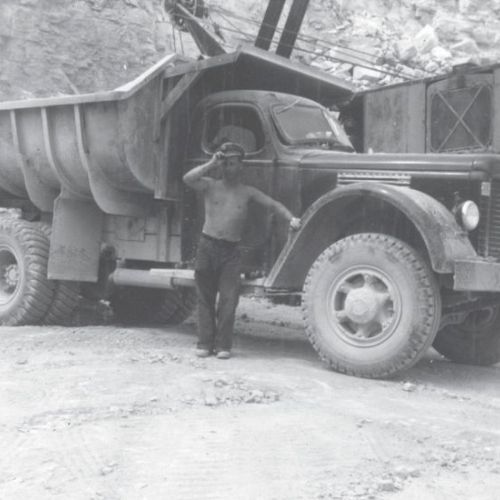 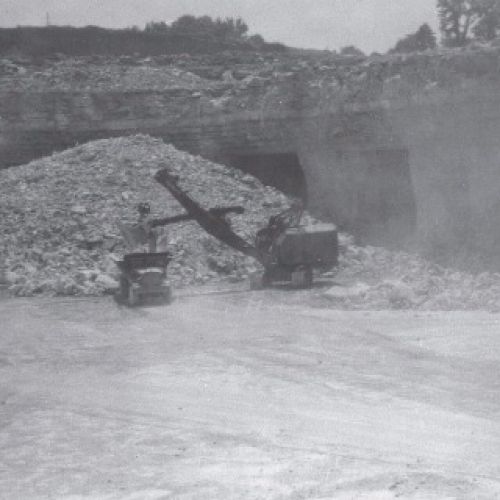 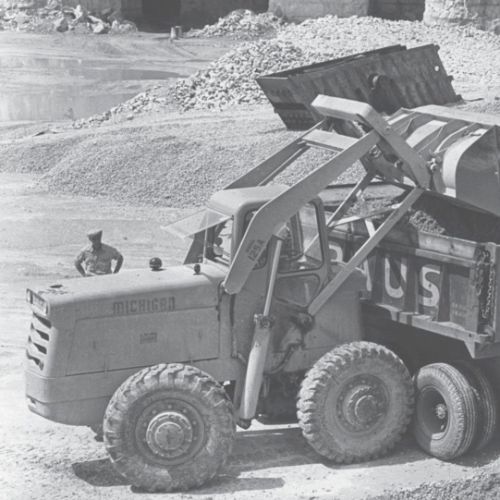 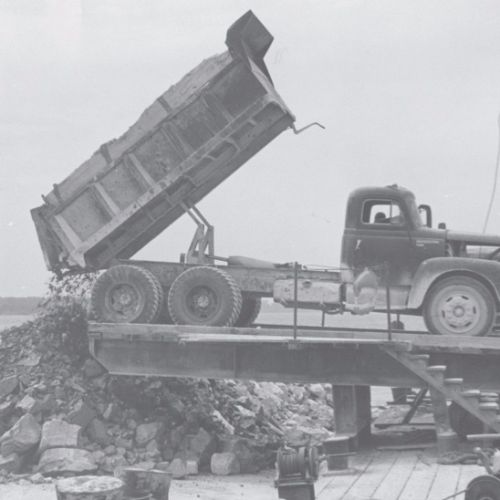